To achieve the Sustainable Development Goals, financial inclusion remains a prerequisite. It is the first step towards full personal and business wellbeing. Yet, more than half of the world is yet to gain equitable access to finance, which remains one of the biggest challenges we face today. In driving forward the agenda of stakeholder capitalism, the World Economic Forum has consistently emphasized financial inclusion and its role in helping communities prosper. 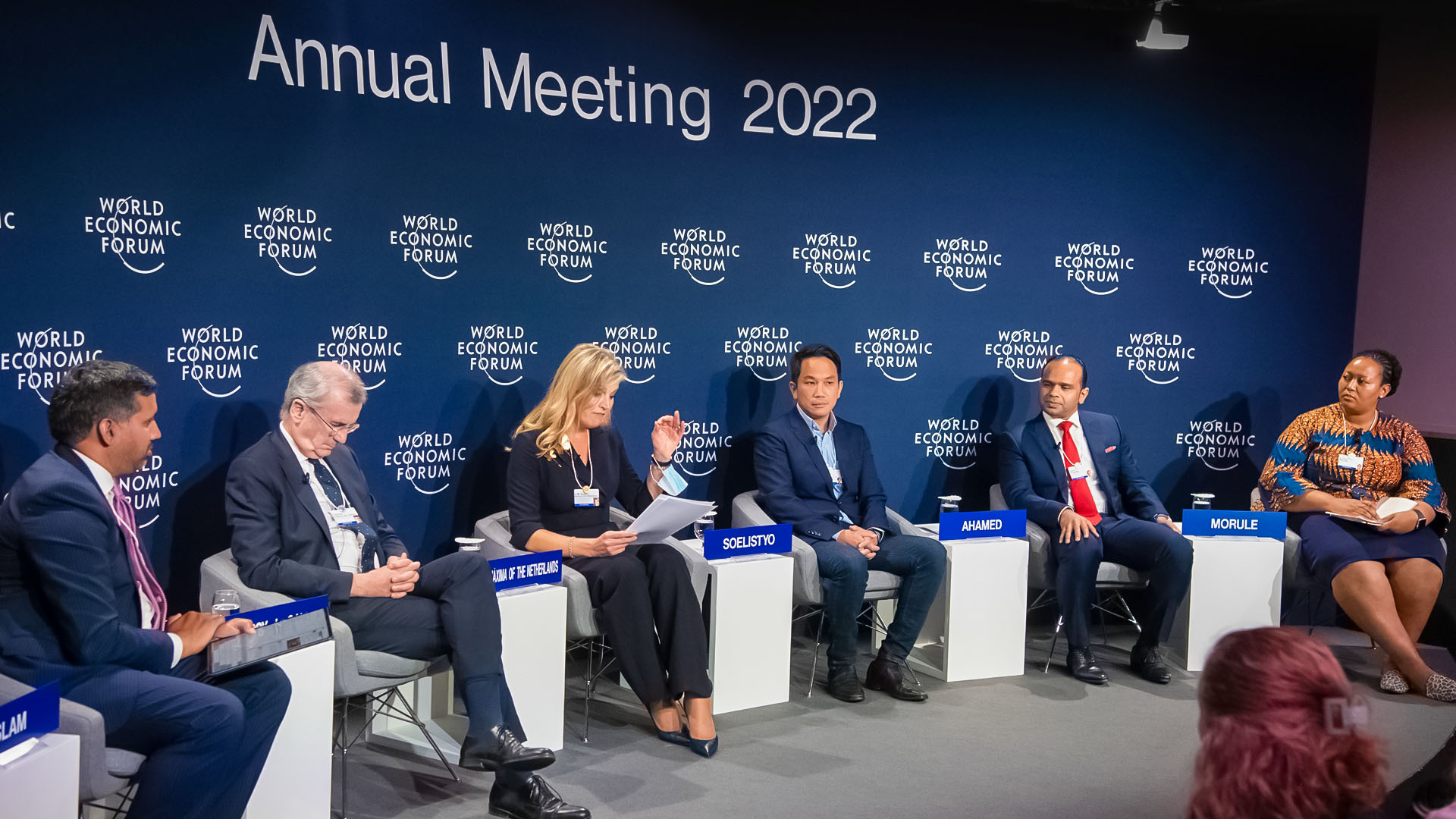 As part of the ongoing WEF at Davos, several global stakeholders convened to discuss this issue on the second day. Queen Maxima of the Netherlands opened the session raising a question on the need for public and private stakeholders to fully understand the purpose of financial inclusion and evaluate how it can result in better financial health of an individual.

The subject of financial literacy was raised by Karabo Morule of Capital Art, South Africa, as a way to improve access to finance. The importance of financial literacy is supported by a number of research studies which suggest a correlation between economic inclusion and financial education. The financial literacy level in developing countries is as low as 30%, compared with the average of 60% in developed countries. Against this background, Morule spoke of how financial literacy would encourage people to invest in insurance, especially among the underprivileged and marginal groups. India’s Aadhar scheme and UAE’s wage protection scheme were also topics of discussion.

Gemsomina Vigliotti of the European Investment Bank, which works with several developing economies on grassroots level projects, also emphasized the importance of access to finance coming along with appropriate training and development to make sure that the money is used wisely. Having access to funds does not ensure growth, but having a strong business case makes all the difference.

In order to drive the moving of money to zero, Andre Soelistyo of GoTo Indonesia demanded increased participation from the public and private sectors. According to him, this is vital to building sustainable solutions that ensure people can access financial products that are suitable for their needs. His company leveraged the potential of digital solutions during the pandemic to onboard millions of motorbike riders in Indonesia, thus giving them access to the market.

As part of this topic of digitization, the conversation also touched upon various aspects of cyber fraud, especially since digital newbies usually lack knowledge of the security implications. Across the globe, cybercrime is on the rise by 600% due to more people getting online. This is due to 67% of financial institutions reporting an increase in cyberattacks in the past year.

Francois Villeroy de Galhau, Governor of the Bank of France, acknowledged that while this is a concern, there shouldn’t be a trade-off between digitization and regulation in order to achieve broader financial inclusion. In order to keep up with demand, he anticipated that stakeholders would cooperate. In addition, he stressed the importance of gamification in financial literacy campaigns, stating that financial literacy can’t be done in isolation. In the course of the discussion, which was moderated by Faisal Islam, Economic Editor of BBC, several case studies from developing economies such as the United Arab Emirates, India, Bangladesh, Indonesia, and South Africa were also discussed.