Narendra Modi, the Indian Prime Minister, has commissioned India’s first home-built aircraft carrier, which underlines his government’s efforts to boost domestic production in order to create the necessary infrastructure to supply a military deployed along two contentious borders. Modi commissioned INS Vikrant, the navy’s second operational aircraft carrier and the largest warship ever built in India, after 17 years of construction and tests. “Today, India has joined those countries in the world which can manufacture such a huge aircraft carrier with indigenous technology,” Modi said. In my opinion, it symbolizes indigenous potential, indigenous resources, and indigenous skills. 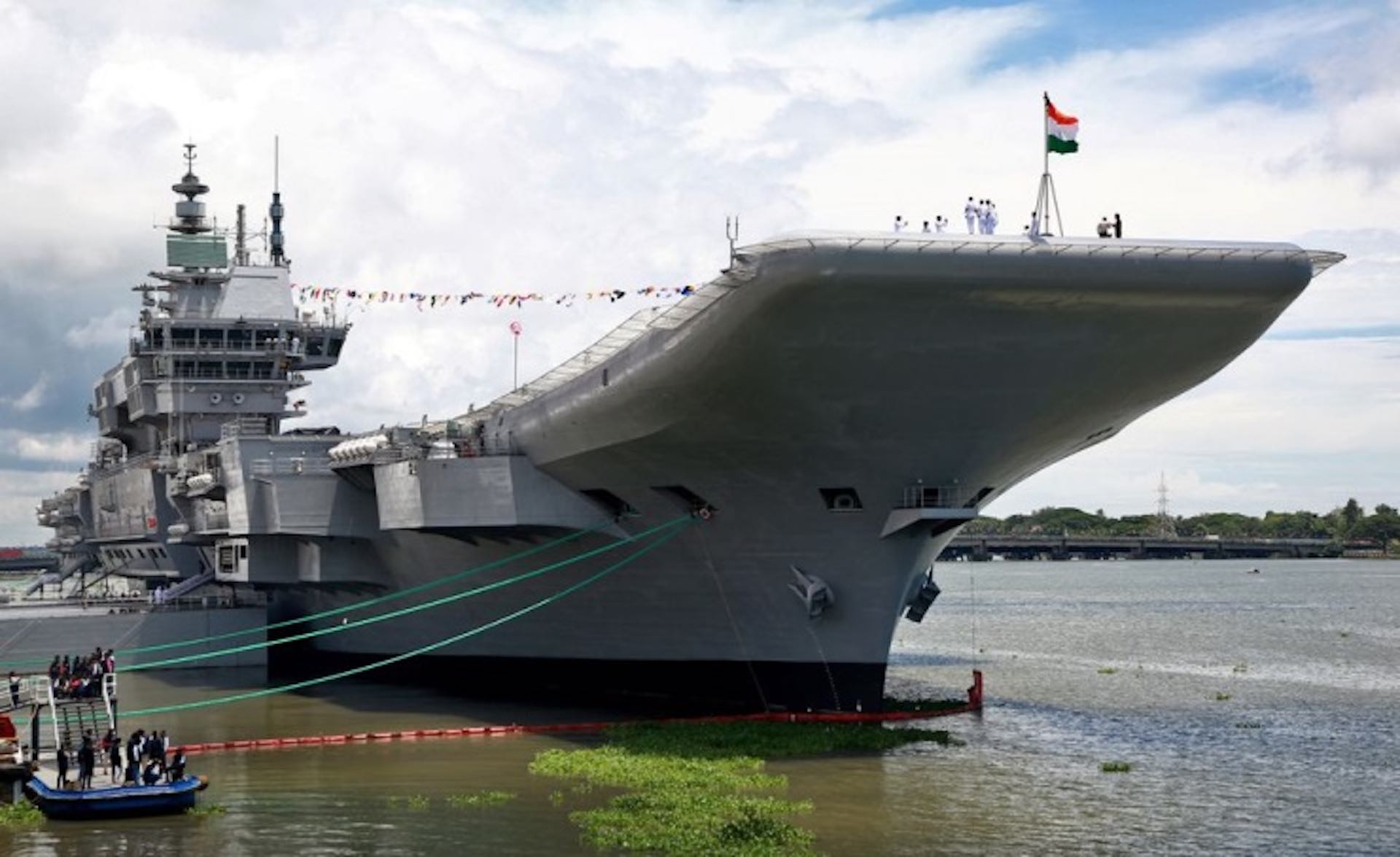 Vikrant will carry a crew of 1,600 and a fleet of 30 aircraft, including Russian-designed MIG-29K aircraft that already operate on the INS Vikramaditya that India bought from Russia. India is seeking more than two dozen jets for the Vikrant from Boeing and Dassault. While India is one of the world’s biggest arms importers, spending $12.4 billion between 2018 and 2021, it has been seeking to develop its own manufacturing capabilities. This is because Russia faces sanctions and a conflict in Ukraine.

As per the defence ministry, India wants its firms to manufacture about 8,000 imported defense items worth about 82 trillion rupees ($1.03 trillion) in 2022-23. There are 1.38 million people employed in India’s armed forces, many of whom are deployed on its borders with nuclear-armed rivals China and Pakistan.

In reference to the home-made Tejas light-combat aircraft and artillery, Modi said, “India is working with all its might to become self-sufficient.” As a result of the Vikrant, the Indian navy will be able to operate an aircraft carrier on each coast, alongside its 10 destroyers, 12 frigates and 20 corvettes. Modi said the Indian Ocean and Indo-Pacific regions have long been ignored when it comes to security concerns. Our country considers this area a major defense priority today.”